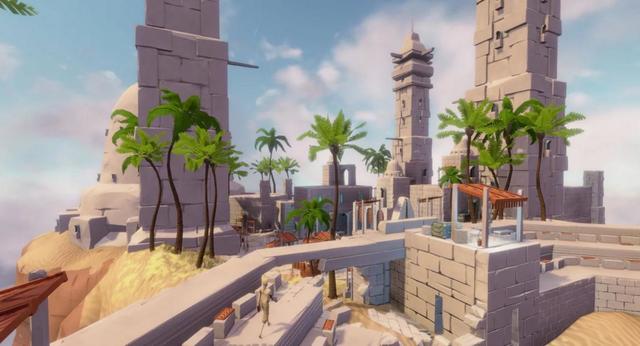 Another interesting game is preparing for a defective exit on Steam. This time, the interest lies in exploring the world of flying islands with the help of diywai airships.

The world in the Worlds Adrift is fragmented into many earth fragments that slowly drift through the endless sea of clouds. Whatever catastrophe is not overtaken by these scraps, after it from a possible civilization there were only ruins, to which immediately ran the magpie-explorers.

Looks cool (not really). Such a world would instantly receive hundreds of angry responses from players, like the recent, let us say directly, the failed Sea of Thieves. But in the case of Worlds Adrift, the lack of content is compensated by users. A serene idyll of the air ocean is broken by predatory animals (stingrays, not kraken) and aggressive players with huge cannons. 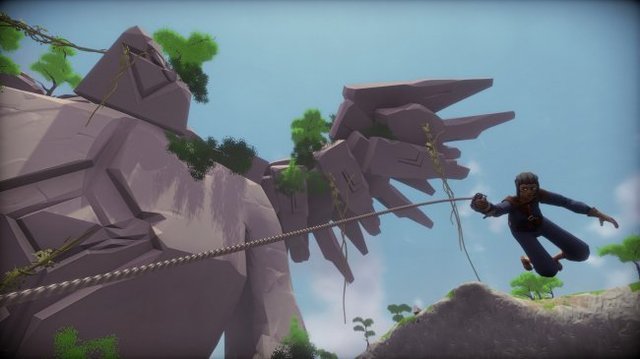 And most importantly - merciless storms, capable of blowing your buoyancy in a rattle. The authors emphasize that the most important part of the game will be the study of shipwrecks, and the broken ships will form a game landscape. Imagine if everything goes well with the game, then you'll meet real cemeteries from the hovering skeletons of once proud ships!

Here we should remember how all the interesting ideas of developers are broken when they collide with real players, as happened in Rust, but something you do not want - too romantic in front of us painted a picture with the shared history of the world.

Worlds Adrift will be released from the PTA in Early Access on May 17, 2018. In fact, it will simply become cheaper. The creators of the game from Bossa Studios are actively in contact with the community, constantly releasing interactives, the videos are directed funny (2-3k views), in every possible way confirming the creative potential.

You can learn more about the game and its innovations in the community of the game on Steam and on the site. In the meantime, a tool for creating islands is available to ordinary people.